Is something off with your air conditioning system?  Whether the air just doesn’t seem cold or you’re hearing strange sounds, there are several symptoms that indicate when things aren’t quite right with your AC system.  It’s often difficult for homeowners to know if it’s better to have repairs made, or to just replace their HVAC system with a new, more efficient model.  Our Austin AC experts are happy to cover some of the basics below!

If the air coming from your registers isn’t as cool as it should be, it could indicate low refrigerant.  Worst case scenario, it could mean that the compressor has failed, which is a costly repair.  Our technicians can diagnose the problem and get your AC system blowing cool, comfortable air again.

Higher than normal energy costs.  You expect your energy bill to increase once it gets hot and your AC system is working to keep your home comfortable, but when costs go through the roof and are higher than usual for the summer season, there is probably a reason.  Your equipment may be old and worn out, causing it to work harder to cool your home.  Having maintenance performed on a regular basis keeps your AC functioning at its most efficient. We will check things out to see if there may be a problem that isn’t too serious, however if your HVAC equipment is 10 or 15 years old it’s probably time to replace.

Strange or unusual sounds.  Banging, squealing, grinding, or rattling noises are not normal, although it doesn’t necessarily indicate a serious problem.  It could be something as simple as a belt that has slipped, or another component that needs to be lubricated or repaired.  The minute you notice strange noises that seem to be coming from your AC system, give us a call.  Letting it go on will likely result in more serious damage.

Strange or unpleasant odors.  It’s never a good thing when you start noticing a foul, burning, or musty smell coming from your cooling system.  A pungent odor could indicate burned out wire insulation, while musty odors often happen when mold or mildew has built up in the ductwork.  Always have any unusual odors checked out.

Your car or refrigerator doesn’t last forever, and neither will your HVAC system.  All equipment wears out eventually, and if you’re spending a small fortune on air conditioning repairs it may make more sense to upgrade to a new system, especially if yours is getting on up there in years.

Whether repair or replacement is the answer, the Austin HVAC professionals at Schneider Mechanical are here to help.  Give us a call today and expect nothing less than superior service!

This site uses Akismet to reduce spam. Learn how your comment data is processed. 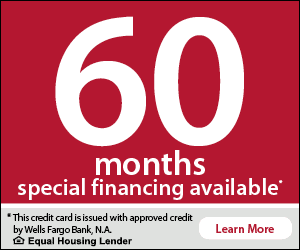